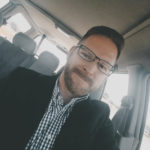 Triathlon races and the training that comes before them are plagued by misconceptions. The myths surrounding triathlons are often the reason people avoid participating in them. We’ve debunked some of the most common triathlon myths.

Myth: Triathlons are longer than marathons

This myth is kind of true. A full Ironman race includes a full marathon, a 3800-meter swim and a 112-mile bike ride. Ironmans are obviously more than a marathon but most triathlons are much shorter than that. Sprint triathlons are as short as swimming 500 meters, biking 12 miles and running only three miles. Basically, a triathlon is as long or short as you want it to be.

Triathlons begin with a swimming leg. With a large number of participants racing off the starting line, there’s a lot of jostling. Inexperienced swimmers have been overwhelmed by this and drowned. The governing body for triathlons has put regulations in place to improve the sport’s safety. Studies prove that triathlons have the same fatality rate as marathons. The cause of death is most often related to a heart condition, not drowning.

It’s not all about winning. With that in mind, your bike doesn’t have to be top-of-the-line. Some bikes are better suited for racing than others. Race bikes will be easier but regular bikes will work, especially if you’re new to triathlons.

Myth: Triathletes have to be crazy fit at swimming, biking AND running

Think of a triathlon as one event, not three individual ones. Most people begin triathlons with a solid base in either swimming, biking OR running. Rarely is there a triathlete who is exceptionally skilled at all three. As you’re training for a race, make a strategy to combat your weaknesses with your strengths. With the exception of a few Olympic-level athletes, most triathletes are racing for fun. It’s more about the satisfaction of crossing the finish line than about winning.

Myth: I can’t afford a racing bike so I can’t compete

Remember: Most triathletes are competing to challenge themselves. It’s not all about winning. With that in mind, your bike doesn’t have to be top-of-the-line. Some bikes are better suited for racing than others. Race bikes will be easier but regular bikes will work, especially if you’re new to triathlons. Look for used racing bikes from other triathletes. Rent a race bike from a local shop. This will also save you the hassle of transporting your bike if the race is in a different town.

Now that you know these common triathlon myths aren’t true, you’re out of excuses. Get registered for your triathlon and get training.